Turtles all the way down!


I first came across the idea of the world existing on the back of a turtle when I was in the middle of a semester abroad in Ecuador a million years ago, living with the Cofan people in the rainforest for a month.

I was spending my days following members of the tribe around, getting a feel for how they lived in the jungle, what they thought about their world as opposed to mine, and to get stories about their customs and beliefs.

One of the stories that I got from a little old lady was the origin of the world:

A great turtle was swimming through the sky a long time ago and bits of things began to grow on her back, over time it formed the world we live on today.

When I asked her what was underneath the turtle, she said another turtle, then another, and so on....

The amazing thing is that this isn't a unique cosmology story in the world, not even an uncommon one; it occurs throughout history and around the world. 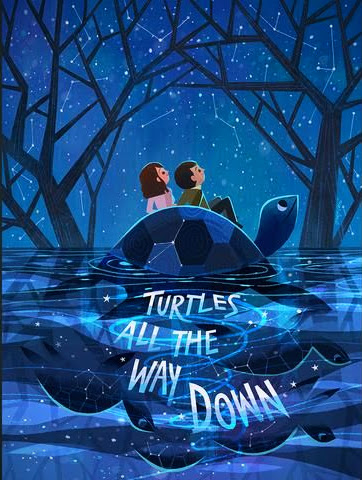 The following anecdote is told of William James. After a lecture on cosmology and the structure of the solar system, James was accosted by a little old lady.

"Your theory that the sun is the centre of the solar system, and the earth is a ball which rotates around it has a very convincing ring to it, Mr. James, but it's wrong. I've got a better theory," said the little old lady.

"And what is that, madam?" inquired James politely.

"That we live on a crust of earth which is on the back of a giant turtle."

Not wishing to demolish this absurd little theory by bringing to bear the masses of scientific evidence he had at his command, James decided to gently dissuade his opponent by making her see some of the inadequacies of her position.

"If your theory is correct, madam," he asked, "what does this turtle stand on?"

"You're a very clever man, Mr. James, and that's a very good question," replied the little old lady, "but I have an answer to it. And it's this: The first turtle stands on the back of a second, far larger, turtle, who stands directly under him."

"But what does this second turtle stand on?" persisted James patiently.

To this, the little old lady crowed triumphantly,

I like to think that the reason for the shared beliefs, or thoughts, about turtles as the underpinning of the world, along with the prevalence of tesselation patterns with turtles has something to do with their degree of permanence in the world's animal kingdom, their implacable nature, and the feeling of time's passage associated with turtles.

They seem to me to be a class of creature outside of time, as though it moves around them... certainly, many of my creep will outlive me, and possibly my son. When I was in the Galapagos, I met a tortoise upon whose shell a sailor had scratched name and date more than 100 years earlier; that sailor and everyone who ever knew him had long gone to dust, but the tortoise kept marching onwards.

I think humanity recognizes in turtles travelers upon the earth who were here long before us and will be here long after we've gone the way of the dodo bird; that our inclusion of them in so many of our cosmologies and iconographies is a nod to their slow success through time.